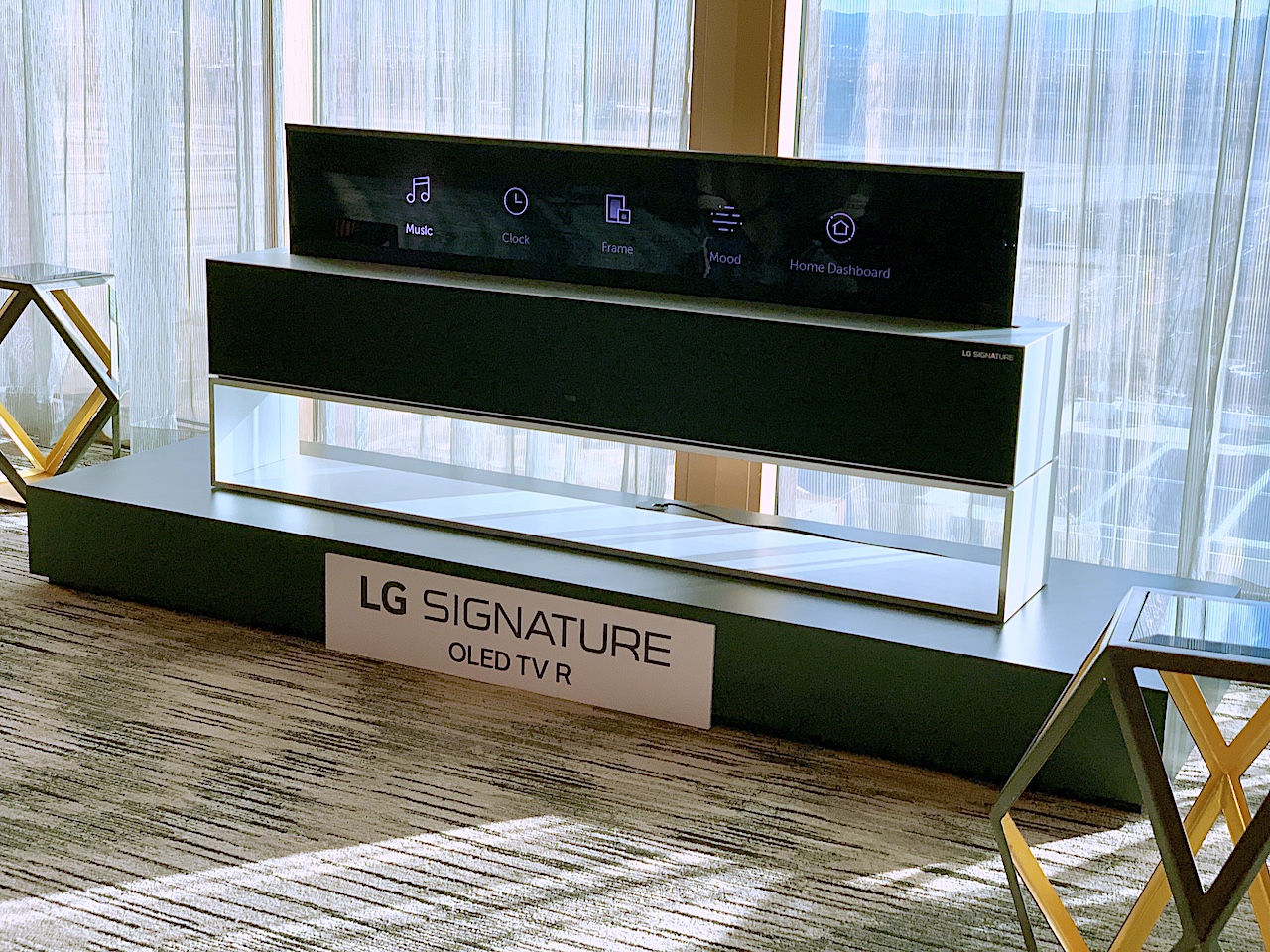 LG OLED R roll-up TV: LG’s “wow!” roll-up/roll-down 65-inch 4K OLED was literally the first thing I saw at the show, remained the coolest thing I saw at the show, and is arguably the coolest thing I’ve seen in many years at the show. The TV remarkably rolls up into the aluminum base, which doubles as a 2.1 speaker. LG has demonstrated OLED’s potential rollability, and projection screens have been rolling up into ceilings for years, but watching an actual 4K TV screen emerge from that box sparked visions of Star Trek:TOS (the base reminded me of the case that housed Ambassador Kollos in “Is There In Truth No Beauty?”) and other heretofore impossible futures. This is no prototype; LG intends on putting the OLED R TV on sale later this year. While LG didn’t cite a price, I’m guessing it’ll sell for $20,000-$25,000, but could be the format that really launches OLED.

This site uses Akismet to reduce spam. Learn how your comment data is processed.